Rain and Victoria met in 2005 as part of the founding leadership team for one of the most preeminent, issue-focused NGOs of its time. Our hallmark approach of building partnerships and working across sectors while leveraging our health strategy and policy expertise has led to changes in the way 5 Fortune 50 companies do business today which positively impacts the health of millions of people. We had forays into social impact and philanthropy but were drawn back to the entrepreneurial aspect of our prior work and have reignited our yin and yang collaboration with Elemental Advisors. Together, our sweet spot is working at the outset of new ideas and systemic thinking that require both herculean effort and Simone Biles-like agility.

Rain and Victoria have published numerous reports and articles and a spectrum of radio, print, and television media credits including Time, the New York Times, U.S. News and World Report, Fast Company, USA Today, Forbes and Bloomberg Businessweek and are noted public speakers. 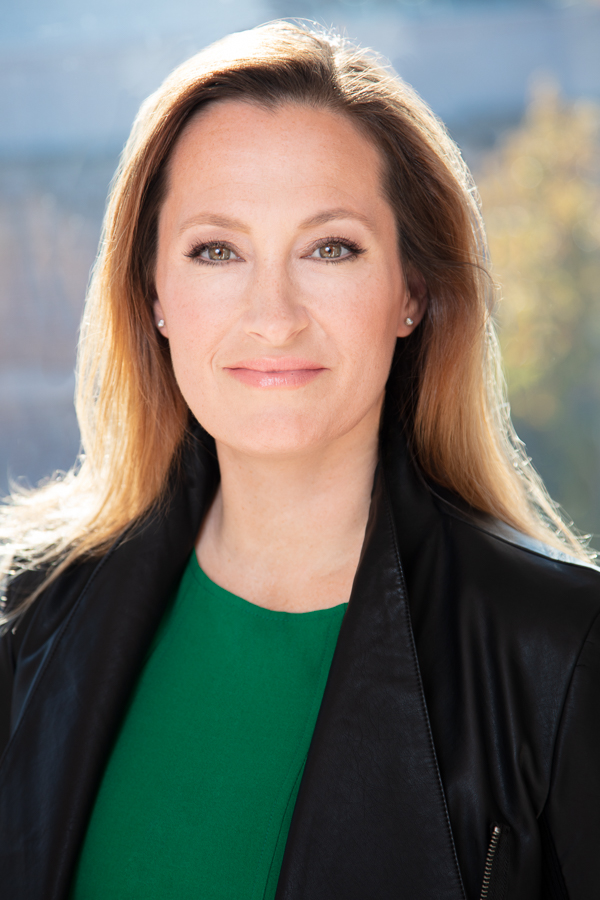 Rain’s North Star and perpetual sense of urgency is preventing harm to all people and the earth and promoting systemic wellbeing. She is motivated by the innate goodness of things, her family and a lot of tea.

As the Founder of Elemental Advisors, Rain supports leaders at all levels to make meaningful change in their part of the world. Previously serving as the Chief Executive Officer of the Clinton Health Matters Initiative at the Clinton Foundation, where she was the key advisor and spokesperson for President Clinton on comprehensive health and wellbeing, Rain led the largest domestic effort to improve the wellbeing of all citizens. There, she led the cultivation of more than $200 million in strategic investments from Fortune 500 companies and NGOs; helped secure the Clinton Foundation’s landmark agreement to improve nutrition and beverage offerings with McDonald’s in 80 percent of the global marketplace; led the country’s first effort to create a predictable and affordable supply of Naloxone; and annually produced the Health Matters Summit featuring the country’s most influential health leaders. Prior to that as Senior Vice President of the Alliance for a Healthier Generation, Rain was instrumental in building the organization from a blueprint to an award-winning, high-impact non-profit with a presence in 50 states, improving the lives of over six million children and the environments of over 30,000 schools. Rain holds a Master of Public Administration and Bachelor of International Relations from Syracuse University’s Maxwell School of Citizenship. Rain focuses her time on addressing substance use and mental health as a co-founder of The Beautiful Boy Fund, a trustee of the Harlem Family Institute, and formerly of Facing Addiction. She has served on global advisory boards for AstraZeneca, Nestle, McDonalds, PepsiCo, Coca Cola, Glaxo Smith Kline and more. Previous work includes roles in policy, politics, academia and international relations - all of which have provided her with a deep bench of dynamic social impact colleagues around the globe. 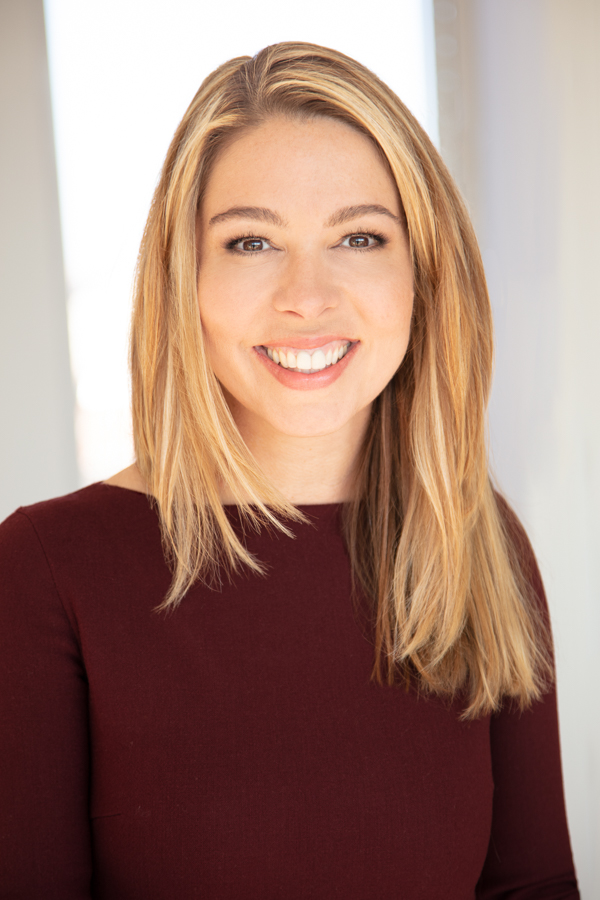 Victoria is passionate about bridging and convening across sectors to bring about meaningful and systemic change for children and their families. Victoria joined Elemental Advisors after five years with the Robert Wood Johnson Foundation (RWJF).  While at RWJF, she developed and implemented a new strategy for how to engage the private sector to advance social imperatives. This work has included landmark investments in developing measures for health and wellbeing for ESG frameworks and convening corporate leaders, sustainability experts, investors and NGOs to create joint pathways for better engagement and corporate reporting on health.  Victoria also designed and implemented the Foundation’s response in the aftermath of Hurricanes Maria and Harvey brokering new relationships with government authorities and disaster and trauma related NGOs to support long term resilience and recovery while also leading the response for the immigration crisis at the U.S.-Mexico border. Brown also oversaw a series of investments around transforming the food and beverage industry to meet the demands of the childhood obesity epidemic and designed new strategies around improving employer policies and practices to support working families. Before RWJF she served as the vice president for Strategic Alliances at the Alliance for a Healthier Generation, founded by the Clinton Foundation and American Heart Association. Under Brown’s leadership, the Alliance signed a groundbreaking agreement with McDonald’s to increase access to fruits and vegetables and help families make informed choices across their top 20 markets worldwide, impacting more than 85 percent of global sales. She also negotiated a landmark agreement with the American Beverage Association, Coke, Pepsico and the Dr. Pepper Snapple Group to reduce beverage calories 20 percent by 2025 for all Americans. Brown also created and launched the Healthier Generation Benefit, a collaborative of over 20 health insurers and employers extending first ever health benefits for the prevention and treatment of obesity. Brown holds a Master of Public Affairs degree from the Lyndon B. Johnson School of Public Affairs at the University of Texas at Austin and a BA in public policy from Washington and Lee University. While she enjoys tennis, spinning, travel, and reading just about anything, most of her spare hours are devoted to family activities.

The Elemental Team
We have an expansive network of changemakers, policy analysts, designers and researchers who elevate our impact. It's how we get BIG stuff done. Meet some of the team: 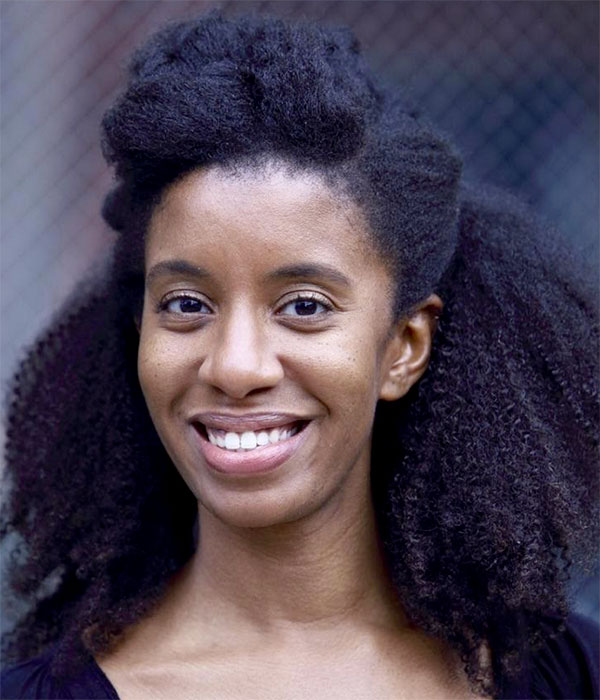 Ariele Le Grand is a psychotherapist and consultant with expertise in facilitation, community engagement and program development. Ms. Le Grand sits on the Board of Directors for The Therapy Center of Philadelphia, a mental health non-profit whose mission is to offer affordable, affirming psychotherapy to women and transgender communities. She consults in the areas of diversity, social impact, and emotional wellness. Ms. Le Grand recently worked with the Policing Project at NYU Law School on reforming policing policy and developing trauma informed models of community engagement. Prior to the Policing Project, Ms. Le Grand worked at the Clinton Foundation, where she coached university leadership teams on strategic planning and managed a national program to promote behavioral health and opioid abuse prevention on college campuses and surrounding communities. She is a past fellow of the Satcher Health Leadership Institute at Morehouse School of Medicine, where she worked under former US Surgeon General Dr. David Satcher, and partnered with local organizations to build their capacity around sexual health programming.

Ms. Le Grand is an alumna of Spelman College where she graduated Phi Beta Kappa. She holds Master's degrees in Social Anthropology and Social Work from the University of Oxford and the University of Pennsylvania respectively. She recently earned her MFA in Creative Writing from Temple University, where she also taught fiction and first year writing. 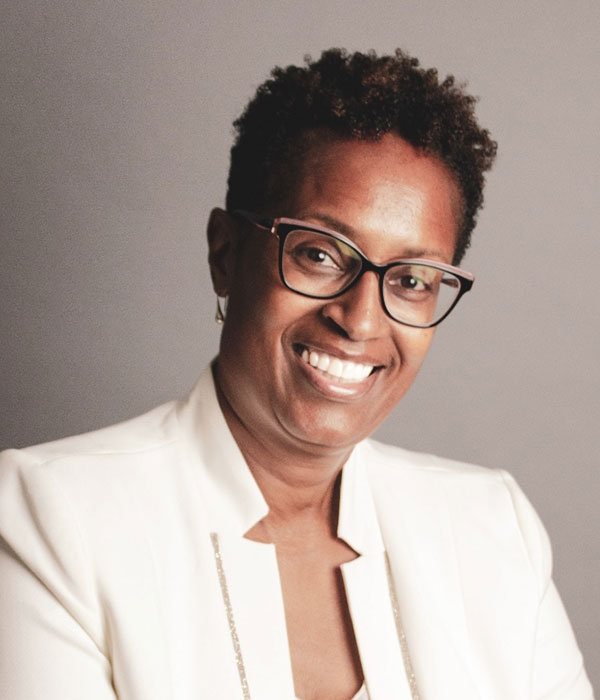 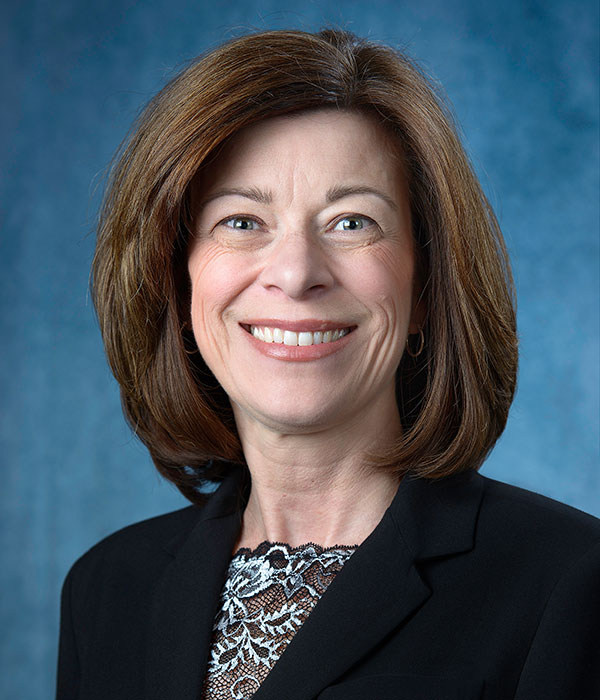 Tricia Gehrlein is a health professional with 30+ years’ experience working within the hospital, clinic and public settings. She is a Board Officer for JFK Memorial Hospital in Indio and has worked as the Director of Population Health for the Morongo Basin Healthcare District, a Special District of the State of California, which owns and operates two Federally Qualified Health Centers. In this role, Tricia oversaw programs that furthered the District’s mission of improving the health of its residents by focusing on clinic process improvements, health education, quality and community collaboratives. Prior, Tricia served as the Director of Community Health Transformation for the Clinton Foundation. Working with national and regional thought leaders, she was responsible for the strategic design and implementation of policy and systems change within targeted communities across the United States to improve health outcomes. An alumnus of the College of the Desert, Tricia received her B.S. in Business and Management from the University of Redlands and her M.B.A. from Western Governors University. Tricia resides with her family in the Coachella Valley of California. 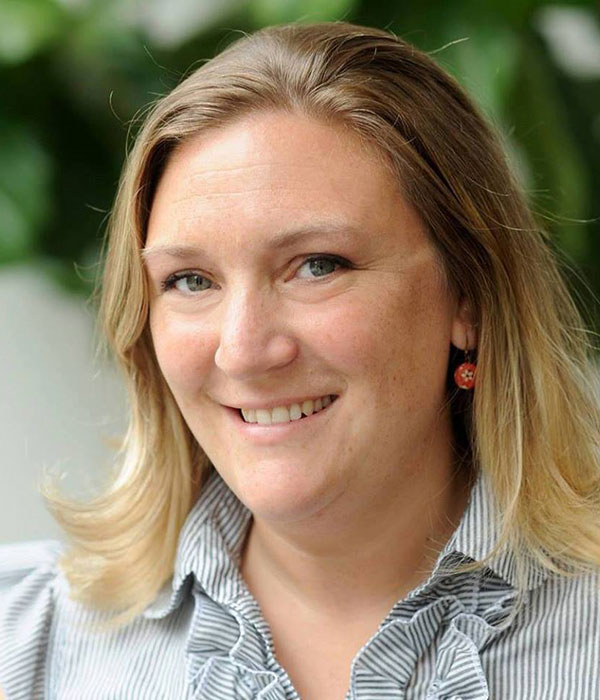 Adrienne Gil is an organizational leader who develops innovative programs that have a positive impact on people's lives. After spending nearly two decades designing local, state and national community-based programs, Ms. Gil truly knows how to analyze current program structures, while utilizing a vision for the future and working collaboratively to innovate creative and sustainable programs. Ms. Gil has worked at the community and State levels in Georgia and Vermont building programs around health and continuous improvement efforts, in collaboration with stakeholders. She created a national program for the Alliance for a Healthier Generation that includes a national call center, a train-the trainer program for Intermediaries and a network of learning opportunities for communities across the country with a focus on school and community health. Ms. Gil has extensive experience in community and school-based health initiatives, program design and management, strategic planning, continuous improvement and human centered design. Ms. Gil holds a Masters in Public Health degree from University of South Florida and a Bachelors of Arts in Sociology and Applied Anthropology from the State University of New York College at Oneonta. She resides with her family in Vermont. 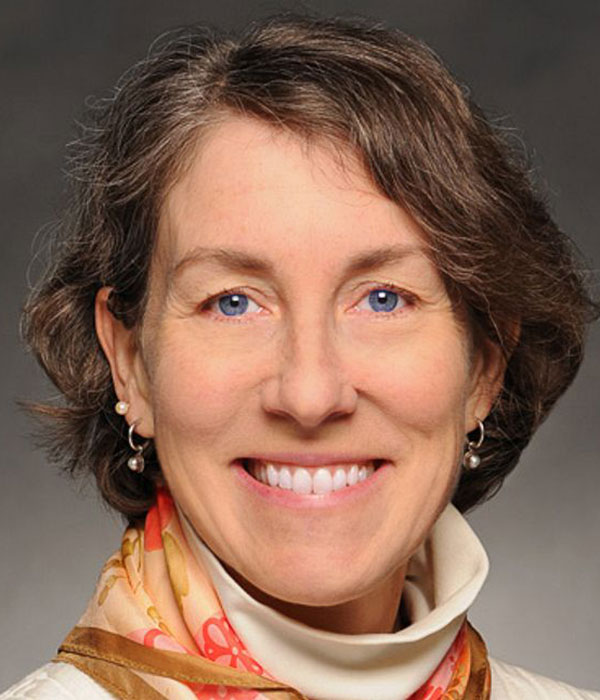 Jean Wiecha is nationally known for her work in childhood obesity and chronic disease prevention, with over 25 years of research and leadership in community, academia, and state government settings. Her main interest is in translating science into effective, scalable health promotion interventions, especially for vulnerable populations. For example, Dr. Wiecha led development, dissemination and evaluation of the National AfterSchool Association Healthy Eating and Physical Activity standards, which have been adopted by major national youth-serving organizations serving more than 10 million U.S. children and teens. Areas of expertise include intervention design, mixed-methods policy and intervention evaluation, promoting and assessing physical activity and nutrition, community-based participatory research, and implementation and quality improvement. Dr. Wiecha uses theoretical frameworks from implementation science to guide her work and has a strong publication history in community and school-based obesity and chronic disease prevention. Her work has been funded by federal and foundation sources including the Centers for Disease Control and Prevention (CDC), the Robert Wood Johnson Foundation (RWJF), Partnership for a Healthier America, the Clinton Foundation, Kansas Health Foundation, and others. She resides with her family in Massachusetts.